My first time riding a scooter

Before I came to South East Asia I knew that at some point I would probably, weeeeeell, DEFINITELY need to ride a scooter. It’s the number one mode of transport in this part of the world and there are few local buses or trains on the islands. Hiring a car is almost unheard of and in any case most places of interest are down little dirt track “roads”. If I wanted to go out and explore on my own I HAD to get a scooter…. the problem is, I was shit scared of getting on one! It all harks back to an incident in Ibiza a few years ago where I pretty much had a nervous breakdown on the back of my boyfriends scooter, screamed to be let off, stomped back to the hire office and begged for a couple of bicycles instead. Much to the amusement and bewilderment to the girl in the office! There was NO WAY I was riding on the back of a scooter ever again, the only way round it was to drive myself, but I’d never driven one either! 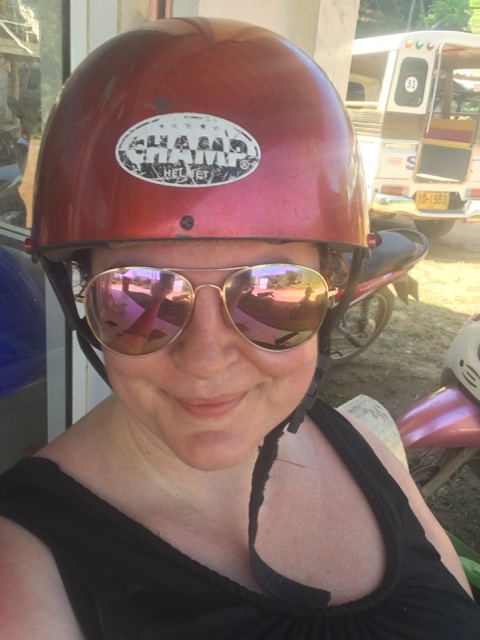 look at my stylish pink helmet!

A week into my SE Asia adventure I arrived on Koh Lanta, a gorgeous tropical island in the south west of Thailand. It’s a very traditional Thai place with not a lot of infrastructure. A little motorbike and sidecar took us from the ferry port to our beach bungalow when we arrived. There were no tourist buses or taxis here. I knew if I didn’t want to spend my entire time on this island in the same spot I’d need to get a scooter. Eeeeeeek! 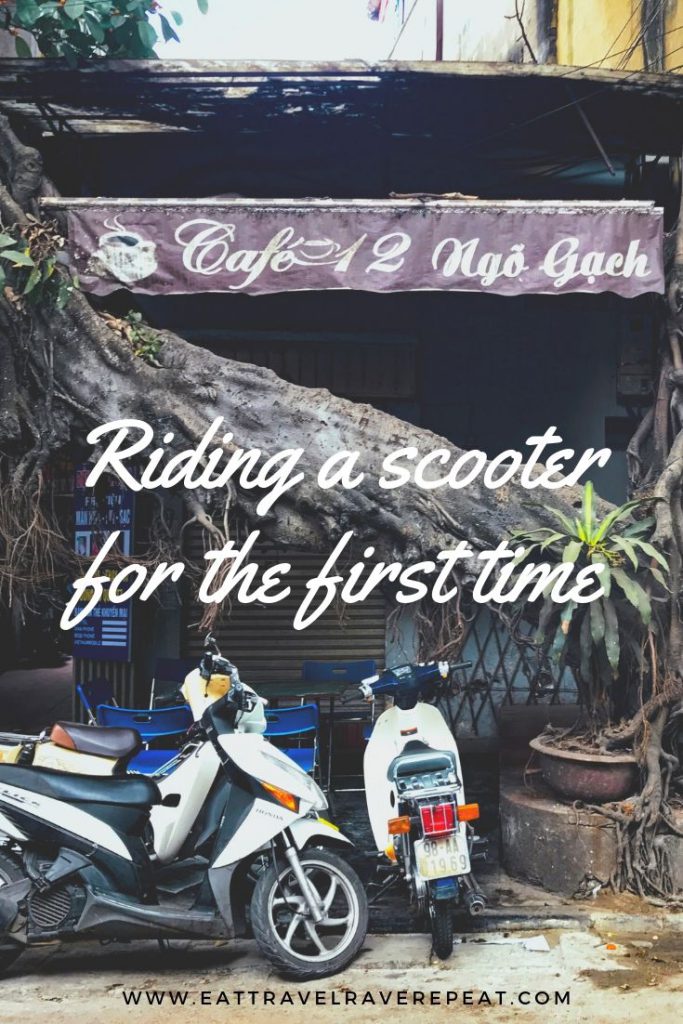 After I realised that most of the hire scooters in Thailand are so simple a child could do it (and they do, I saw tiny kids driving scooters!) I was slightly more at ease. I’d convinced myself there would be pedals and gears and all sorts of complicated things to remember all while trying not to get knocked off my ride. But a single twist action and two brakes (front and back) was all I need to remember, phew!

Armed with a tiny bit more confidence off I went to the nearest hire shop on Koh Lanta. Pretty much everywhere has bikes/scooters to hire, but Mr Coconut seemed as a good a place as any. I went to speak to the owner who was lying in a hammock smoking a cigarette.

Me: Errrrr hi. I’d like a scooter for the day

Mr Coconut: which bike you want? Big one?

Mr Coconut: yeah, big bike. I have good one for you

Mr Coconut selects a pretty fancy looking scooter and wheels it out onto the dirt track.

I tentatively get on the scooter. Mr Coconut tells me to apply the left brake and turn on the ignition. I do that and the engine fires up – good start! I then started to twist the accelerator with my right hand….slowly….nothing….bit more…nothing. Ahhh the brake! I’ve still got the brake on! I let go of the left brake and instantly go hurtling towards a fence with my legs in the air. Aaaaaaaaargh! I narrowly avoid the fence and carry on down the track screaming. Someone yells, “let go of the accelerator”. Oh yeaaaaa, I let go of the accelerator and come to a bumpy stop. Heart racing and feeling like a prize plum in front of Mr Coconut and all the people on the street, I then attempt to turn the bloody thing around to head back to the shop, but it’s so heavy that I make a right arse of that too. With some amount of control I managed to drive the thing back to Mr Coconut who looks horrified.

Mr Coconut: Ok. Smaller one for you

Mr Coconut wheels out a much smaller, older looking scooter, which I manage to ride up and down the track with far better control than my first attempt. Phew! 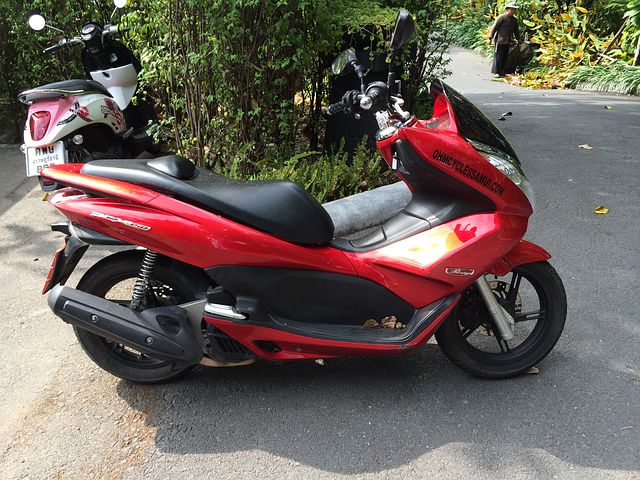 And to be honest after that first major stuff up I was OK. I took it pretty slow at first, like 20k/p/h just getting used to the scooter. And even though the road was kind of busy I just kept my line, getting more and more confident with every few kilometres. Oh, other than stopping to look at the map and not being able to figure out why the engine wouldn’t start again. I was at least 10kms away at that point and about to cry when some German guy ran across the road to say I had to put up the kickstand to turn the engine over, doh!!

I’m so glad I stuck with it though because I managed to visit some beautiful beaches with no one else around and go jungle trekking to a beautiful waterfall. I even managed to ride some pretty gnarly off road tracks without coming flying off. By the end of the day I was up to a staggering 50kph! Haha. And over taking other bikes with a little “peep” like the locals do, to say, “I’m coming through”. By the end of the day I was grinning ear to ear and I’m actually really looking forward to riding a scooter again, hopefully next time with a little more style and grace than my first attempt.

Have you ridden a scooter abroad for the first time? Did you have a similar experience? I’d love to hear your stories.