Crossing the Thai Cambodian border (Poipet-Aranyaprathet) puts fear in the heart of even the most seasoned traveller. Stories of being ripped off, scammed and intimidated are pretty common in traveller circles. But fear not! It is totally possible to escape scam free from this experience with just a little bit of knowledge and preparation. I recently travelled overland from Bangkok to Siem Reap, and although I had most of the information in advance I really wish I’d had a step-by-step guide to follow, because there is a lot to remember and when you get to that border it can be pretty stressful! So here it is, a step-by-step guide to crossing the Thai Cambodian border, the easy, scam free way. 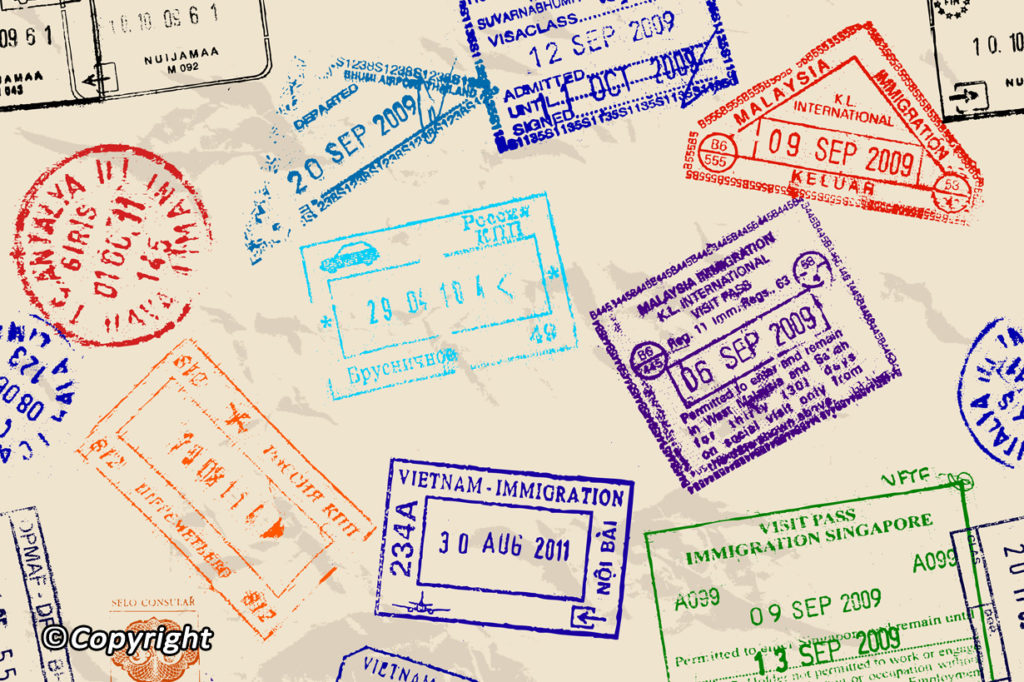 Step 1 Get some passport photos done

In case you didn’t know, most nationalities require a visa to get into Cambodia, it’s pretty simple though as most nationalities are granted Visa on arrival (VOA) for 30 days, best to check your own government website for details though. For your visa you will need a passport photo, If you’re going to be travelling all round SE Asia it’s a good idea to get some photos sorted at home, because you’ll need at least one every time you want to enter a new country. If you’ve forgotten, there are loads of booths in Bangkok malls, so you can get those ever so flattering little pics done!

Step 2. Exchange some money into USD

You will need $30 cash, monaaay to pay for your visa into Cambodia. This wasn’t as easy as I thought it was going to be, I mean where are all the fore ex/ post office/ bureau de changes when you need them, ay? In the end, I went to Super Rich in Silom. You will need to take your passport with you as I.D or they wont sell you any foreign currency! 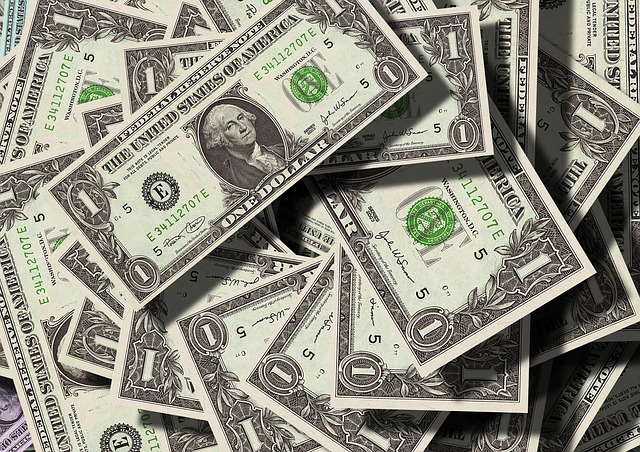 Step 3. Transport to the border

There are multiple options for getting to/from the border: train, taxi, local bus etc, but it involves loads of changes and more hassle than I could be bothered with. The ONLY direct transport is a bus run by Nattakan, a comfortable air con bus with toilet. They provide a breakfast, lunch & water on route (no veggie option though) and although you have to walk through the border there is no need to take all your bags as they will just drive through and meet you the other side. Tickets can be booked online via the banner link below, or directly from the Mo Chit bus station. If you’re visiting Chatuchak weekend market the station is pretty close by, so you could kill two birds with one stone. Easy peasy!

If you’re on the Nattakan bus you should pull up to a car park to the right of the border roughly 4hrs after you leave Bangkok. Ignore the gaggle of people at the bus door offering to sort your visa out for you. This is scam number one, you will pay far more money than you need to, and possibly part with money for a fake visa, or worse still, have your passport stolen! Just carry on to the Thai border office, which is on the right hand side and up some stairs. Look for the blue sign that says “Thai Passport” or “Foreign passport” 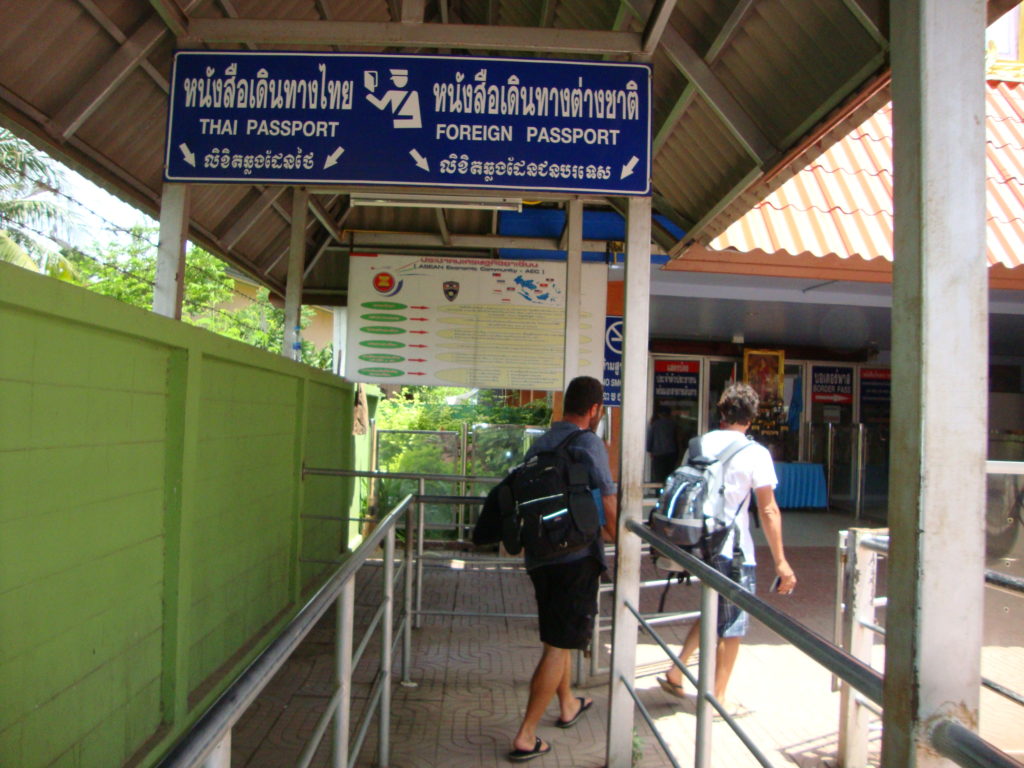 Step 5. Get stamped out of Thailand

Fill in your departure card (ya know that little scrap of paper you’ve probably lost?) Hopefully you’ve not over stayed, or done anything naughty and you get a nice departure stamp in your passport.

Walk to the Cambodian visa office without getting lost/scammed. Easier said than done, I mean would it kill them to put some clear signs up?? This is where I, and lots of other people get a bit unstuck. The border is like a no mans land filled with street vendors, casinos and filled with LOTS of people. Even a guy dressed in an official looking uniform offered to take my passport and issue a visa for 1200 Baht. Ignore everyone and head to the white building on the right hand side under the Cambodian arch that looks like Angkor Wat. 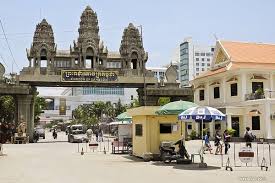 yes, THAT building, to the right of the arch

Step 7. Fill in Visa form and take to the counter with your USD and passport.

Those naughty border police want a 100- 200 Baht “processing fee” when in reality there is no processing fee! If you want to pay the bribe, well that’s up to you, I sure as hell didn’t. If you don’t either, make a fuss, point to the sign that says visa $30 and loudly say you won’t pay any more or show then an empty wallet and say how the government website says nothing about this “fee”. The officers may play along for a bit, but they will also want to get rid of you so they can carry on getting more money out of unsuspecting tourists. I was told to go sit in the corner, and someone very quickly came and took my passport, issued the visa and told me to (ahem) go away… SCORE. 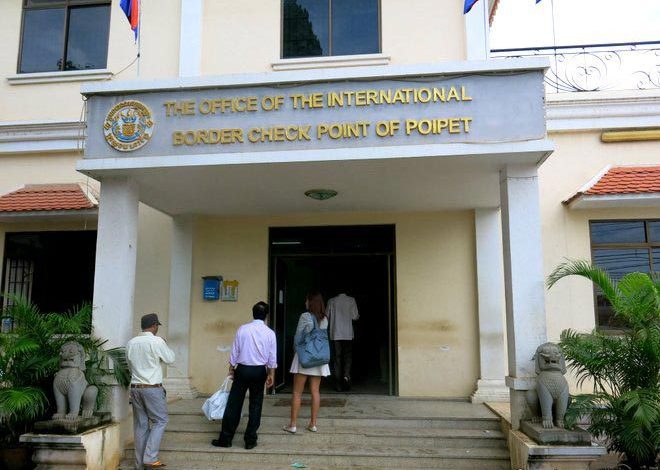 Step 9. Get your entry stamp into Cambodia VERY IMPORTANT.

There is no barrier or anything from stopping you entering Cambodia, allowing me to exit the border and re enter a number of times before I figured out where the hell I was going. If you do this and don’t realise you will have a real headache leaving the country, or getting a visa for Vietnam etc. I even went and had a drink in the casino in no mans land thinking I had loads of time before the bus left, luckily the bus crew check your passport before you get back on to make sure you’ve done it correctly, and sent us to get our entry stamp (another reason to use Nattakan I recon)

And feel like a bad ass for beating all those scammers, hurraaaaaaaay. The journey from the border to Siem Reap is then just a couple of bumpy hours, Nakkatan drop you at their office just out of the town and they have tuk tuk drivers waiting to meet you. They will take you to your guest house for free if you book your Angkor Wat tour with them, but we just agreed on $3 for the ride and took the guys number. Just make sure you have plenty of small bills when you arrive, even splitting $20 can be hard in Cambodia!

Hopefully that was pretty easy to follow, it’s certainly one of the more complicated land border crossings I’ve done. Have you done it before and have any other tips, or stories I’d love to know. 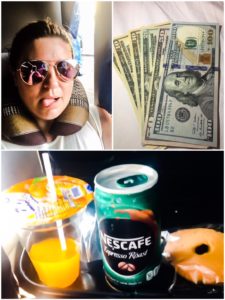